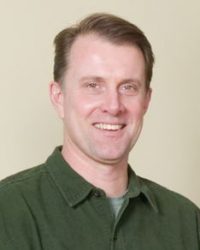 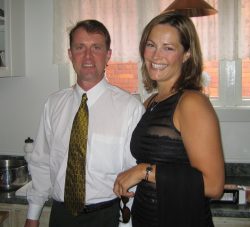 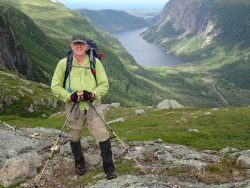 Peacefully, with family by his side, Daniel Robert Lee passed away on Nov 3, 2020, at the age of 60, at Emmanuel House Hospice, Hamilton, ON following a brief illness. Dan was predeceased by his beloved wife and best friend, Teresa Wasiak Lee, only three weeks earlier.

Dan spent the first two decades of his life in Dundas, ON., attending Parkside High School before heading off to university. He was one of those rare individuals who was as comfortable writing essays as he was writing computer code, obtaining university degrees in both history (Queen’s University) and computer science (McMaster University).

Upon graduation, Dan began his career in the telecommunications field at MDR, eventually working with Lucent and then Telus. As he changed employers he also moved from Hamilton to Calgary where he met Teresa. It was love at first sight. They were married in 2003. Their relationship was built on a deep passion for music, as Teresa was a professional French horn player and Dan was a music fanatic. They ultimately returned to Ontario, living first in Waterdown and finally St Catharines. Dan was a hard-working and well-respected employee who stayed in telecommunications for nearly 35 years.

One of Dan’s foremost and lifelong passions was creating and operating a high fidelity audio system. He had a special appreciation for progressive rock and fine jazz performances, and he very much enjoyed listening to a diverse range of music with a sound quality rivalling that of a professional recording studio. His music collection and musical acumen was extensive and formidable.

Dan forged lifelong friendships with many people and was admired for his excellence in everything that he set his mind to, meticulous in every detail.  He became an expert downhill skier in his youth and an avid mountain biker as a young adult.  As an outdoor enthusiast, he went on numerous backcountry camping trips with his close friends, from canoeing in Algonquin Park to more recently backpacking on the West Coast Trail, the Long Range Traverse and in Pukaskwa National Park.  Dan enjoyed the challenge of an adventure, comradery with his friends, and wowing them with some new gear that he had found!  He leaves behind many happy memories.

Dan was a thoughtful, kind, talented, intelligent, and loyal individual. This loyalty extended to his choice of clothing and gear – his love for all things Patagonia is legendary among those who knew him well. He knew lots of stuff about lots of things, and would happily share his knowledge with friends and family at length. He was a loving family man. As the eldest of four he was looked upon by his siblings as the rock of the Lee family – the one they turned to for help, guidance and advice.

Dan is the son of Ruth Lee and the late David Lee.  He is survived by his sisters and brother, Sarah (Cameron Belsher), Stephen (Nancy Reinhart), and Deborah (Kevin Eldridge). He is also survived by his step-daughter Clare (David) Adamcik, his brother-in-law Ed (Katherine) Wasiak, and sisters-in-law Christine Kessel, Colette (Wayne) Bischoff, and Marcia (Michael) Scott. He was a loving uncle to many nieces and nephews and an adored friend.

The family would like to thank the staff at Emmanuel House Hospice and Niagara Health – St. Catharines Site for their compassionate care of both Teresa and Dan, as well as thank the many outstanding home caregivers. The family is also grateful for the immense kindness and support of extended family, friends and neighbours. Cremation has taken place, with a Celebration of Life planned for a future date. If desired, donations in Dan’s memory may be made to The Canadian Cancer Society or Emmanuel House Hospice.

Music is a spiritual doorway…

its power comes from the fact that it plugs directly into the soul.