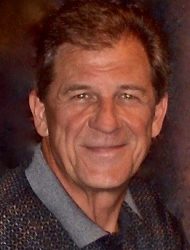 Dewit, Alfred ( Fred )
Born in Landvetter, Sweden on September 29, 1949.
Passed away at home in Dundas, August 15, 2017, peacefully surrounded by his family. Predeceased by his mother Lillia, his stepfather Karl, his sister Maya & Joe Muschi, his brother Frans, his brother in law Esam Sarraf. Survived by his loving wife Angela ( née: Dawson ), son Erik & wife Robin and darling granddaughter Ava, sister-in-law Jeanette, the Dawson family, many nephews, nieces and their families. Fred started working in 1968 at Stelco as a crane operator for 18 years and then in the continuous caster as a shipper/slitter operator until his retirement in 2005. With his wife and dear group of friends, he began to travel the world. He was a kind, caring, loving man who would do anything for his family and friends and was the love of Angela’s life. Fred played hockey all his life, the last few years with the Senior Shinny group. Cremation has taken place and a gathering to celebrate his life, will be held on Sunday, August 20, 2017 from 2:00 – 5:00 pm at Turner Family Funeral Home , 53 Main St. Dundas. In lieu of flowers, donations may be made to the Peter & Pauline Dawson Foundation/ Toronto Foundation 33 Bloor St. E. Suite 1603 Toronto, On. M4W 3H1 or the Juravinski Cancer Centre Hamilton, would be appreciated. A special thank you to Dr. R. Singh, VON, CCAC/LIHN, Firestone clinic and the Doctors, Nurses and Volunteers at JCC.

“The longest journey is the journey inward. “Så länge”