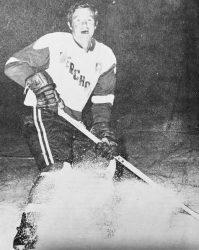 Searle, Bill – November 4, 1937 – January 10, 2017. It is with heavy hearts we announce the passing of William Henry Searle at home in St. George on the morning of January 10th, 2017 in his 80th year of life. Bill was born in Dundas, where he would reside to raise his family and leave his mark by contributing to many local organizations including, but not limited to Dundas Hockey and Ducks Unlimited. He married his lifelong partner Marilyn (Dodd) in 1959 and had three children; Bill (Shona), Tom (Rebecca) & Lesley (Rick). He was also the proud grandfather to Julia, Derek & Amanda. Bill & Marilyn later moved to St. George for their retirement years. He lived his life respectfully and although he didn’t let everyone see it, his big heart will be cherished by those he cared for including his family, friends and black labs. “Big Bill” was many things to many people but he left us with a handshake we can all remember.  Visitations will take place at the Turner Family Funeral Home, 53 Main Street,  Dundas on Thursday, January 12th 7:00 – 9:00 pm & Friday, January 13th 2:00 – 4:00 pm followed by a drop in celebration of life at Shed Brewery, 65 Hatt Street, on Friday 4:30 – 7:00 pm. All are welcome.  In lieu of flowers please make donations to the Juravinski Cancer Centre, Ducks Unlimited Canada or a charity of your choice.