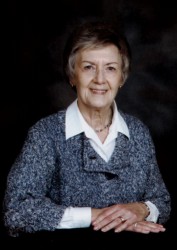 McGILL, Carolyn Janet (nee Strauch) – Passed away suddenly in her sleep on November 15th, 2015. Wife of the late Don McGill. Stepmother of Sherry-Lee LaFrance. Grandmother of Matthew and Adam LaFrance. Loved sister of Marolyn Cook (late Bruce) and David (Marnie) Strauch. She was the daughter of Kathryn and Barney Portsmith and the late Arthur Strauch. She will be missed by her nieces and nephews; Sandy, Allen, Rob, Jeff, Amy Beth, and their spouses. She was a special great aunt to Ethan, James, Emily, Ethan, and Peyton.  Carol was an active member in the choir of Copetown United Church. She taught for many years at C.F.B. Petawawa returning to Hamilton after retiring to live closer to family. Friends and family are invited to Turner Family Funeral Home, 53 Main Street,  Dundas on Wednesday November 18th from 2 p.m.- 4 p.m. and again from 7 p.m. – 9 p.m.. The service will be held at Copetown United Church, 2218 Governor’s  Rd. Copetown, on Thursday November 19th at 11 a.m.. In lieu of flowers, donations to the Alzheimer’s Society or the Copetown United Church would be greatly appreciated by the family.