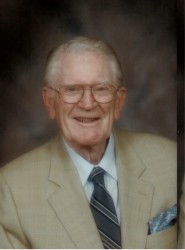 Scott, Charles (Chuck) Irven – After years of wonderful experiences among family and friends, it is with sadness, yet gratitude for his full and interesting life we announce the passing of Dad. Predeceased by our Mother, his cherished wife, Kathleen B.A. (Carey) 2001. Loving father of Debbie Withers (Ken) of Minesing and Wendy Kam (David) of Hamilton. Predeceased by his dear younger brothers, Hugh (2002) and Gordon (1980). Loving remembered, respected and admired by grandchildren Jacklyn, Scott, Ali, Tyler and Chadd. Also survived by sister-in-laws Marion Scott of Kitchener, Pat Scott of Burlington, Brother-in-law John (Margaret) Carey, Port Robinson. Many nieces and nephews will hold fond memories and have quiet chuckles of occasions spent with Uncle Chuck. He was former Traffic Manager of the Canada Coach Lines Limited and the Grayline Sightseeing of Niagara Falls and many years with the Hamilton Street Railway Management team, retiring in 1981 after 45 years of service. He was Past President and Life Member of the Ontario Motor Coach Association and member of the OMCA Hall of Fame. Former Director and Life Member of the Motor Coach Association and served on several National and International Motor Coach committees. Dad was a 4 year Army Veteran of WWII, serving in Canada, England and Holland. He always enjoyed a Single Malt scotch and good conversation with family and friends. Winters were spent in Port Charlotte and then up North for the happy times at the family cottage at Carey Point on Halls Lake. A Celebration of Life will be held at a later date. In lieu of flowers, those wishing to honor dad’s memory a donation to the Dundas Salvation Army or the Hamilton SPCA will help those in need.