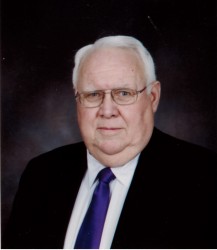 Southall, John Dixon (Jack) – Passed away peacefully surrounded by his family on September 17, 2014 in his 71st year.  Loving father of Jay, Lee Rumleskie (Tony) and Sherri (Anthony Cassano). Proud and much adored grandfather to Zoe and Jackson Rumleskie and Sophie and Lily Cassano. Dear brother and brother-in-law of Ellen, Janet, Marnie (David Strauch) and Cathy (John Woodley). Pre-deceased by his parents, John and Wilma Southall.  Lovingly remembered by his many nieces and nephews. Jack was a member of the Strabane Optimists, a long-time member of the Rockton Agricultural Society, member of the Ontario Clydesdale Association, former councillor and Deputy Mayor of the town of Flamborough and a member of Christ Church, West Flamborough. Visitation will be held at Cattel, Eaton & Chambers Funeral Home, 53 Main Street, Dundas on Saturday, September 20th  from 2-5 p.m. and Sunday, September 21st from 2-4 and 7-9 p.m.  The funeral service will be held on Monday, September 22nd at 11 a.m. at St. James Anglican Church, 137 Melville Street, Dundas. Cremation to follow. Donations can be made in Jack’s memory to the Juravinski Cancer Center.