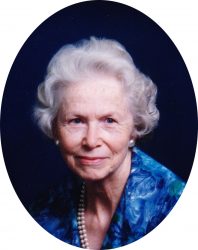 Stephens, Carolyn – Peacefully at Wentworth Lodge, Dundas, on October 23, 2016. Survived by sons Peter (Caroline), Michael, and James (Julie), and grandchildren Julia, Patrick and Fen. Predeceased by infant son Billy (1946) and beloved husband Llewellyn (Llyn) and sister Marion Farnan.  Carolyn Stephens was born to Violet Flatt and W.E. Smith in Hamilton Ontario on December 3, 1915. She attended Westdale Collegiate and graduated from McMaster University in 1937 in modern languages, together with her future husband Llyn.  Their courtship started there and continued through his further studies at Harvard until 1941 when they were married just before his departure for army service in Europe. Upon his return in 1945, Llyn  was recruited into External Affairs, and so began Carolyn’s career as a diplomatic wife, in Bern, the Hague, Paris, Bonn, and finally, Karachi, where she ably took on the daunting task of being a High Commissioner’s wife. While there she helped establish a health and birth control clinic for local employees.  Once back in Ottawa, she involved herself in volunteer community work such as teaching ESL, sponsoring refugees with her church and driving disabled people to medical appointments and bringing them home for meals. She and Llyn always gave generously to a wide variety of charities and worthy causes.  After Llyn’s death in 1991, she moved to Dundas to live with her sister Marion, where they both remained active and involved in community life, living independently late into their 90’s. Carolyn’s love of music, her sense of humour, and her kindness remained until the end. The family is grateful for the dedicated care and attention of the staff at Wentworth Lodge.  A celebration of Carolyn’s life will take place on Saturday, November 12th from 2-4 p.m. at the Turner Family Funeral Home, 53 Main Street, Dundas. Donations may be made to OXFAM Canada and/or the Dundas Valley School of Art.