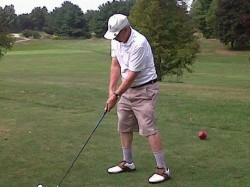 Hanson, Murchie Ivan – The family of Murchie Ivan Hanson is heart broken to announce his passing on Friday, April 24th, 2015 in his 74th year. Peacefully, and surrounded by his family after a brief but valiant battle with cancer. He will be dearly missed by Marie Hanson his wife of 51 years. Treasured father of Glenn Hanson and Lauren (Jim) Killey. Adoring grandfather to David & Evan (Harold Anderson), and Jessica & Chanse (Michelle Burtny). He was delighted to be an honorary Papa to Michael Anderson, and Chelsa & Zack Killey. He will be deeply missed by his beloved sister Shirley Geyer, and his brother in law and friend Paul Geyer. Also survived by brother Sheldon Hanson of New Brunswick, along with many nieces and nephews. He enjoyed a close friendship with nephews Curtis Hanson and Dan Ahearn and spent many enjoyable days on the golf course. A special thank you to nephew Dan Dyer for his carring support to the family. Dad will be missed in his Twenty Place community by many neighbours and his clubhouse friends. The family also extends their gratitude to long time friends Orv & Judy Flear for their love and support through this time. Also to Linda Stoikos for all her compassion and comfort. Special thanks to many firemen retirees for their kind words and good will. Murchie enjoyed a proud career for 30 years with the Hamilton Fire department, and retired as Captain in 1992. He also enjoyed his time as a business owner of the Dundas Garden Centre from 1979 to 1984. As a long time sportsman, wildlife conservation was of great importance to him. In 1984 he became the first President of the Long Point Waterfowlers Association, and gifted both his children with a lifetime love for nature, animals and the outdoors. Dad spent his retirement years enjoying the leisures of golf, his family, and his grandchildren. My Dad was a man with many friends and he extended great kindness to everyone. We are immensely proud of him, for a life very well lived, and eternally grateful for the time shared, the love and the memories. Special thanks to Dr Benger, and Sue Cooke with the Hematology Dept at Juravinski Hospital. Friends will be received by the family on Tuesday afternoon and evening from 4-6 & 7-9 at the Cattel, Eaton & Chambers Funeral Home, 53 Main Street, Dundas, where the service for Murchie will be held Wednesday morning at 11 o’clock. Interment White Chapel Cemetery. Expressions of sympathy to the Long Point Waterfowlers’ Association, 63 Highland Blvd., Caledonia, ON N3W 1H4 would be appreciated.