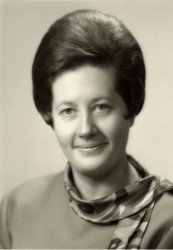 Newell, Barbara Margaret (nee Hunt) – peacefully after a short illness at St. Joseph’s Hospital, on Monday, April 6, 2015, Barbara passed away in her 84th year. Leaving behind her loving husband Bernie of 65 years. Dear mother of Janet (Stephen Jewell). Sister to John, predeceased by sisters Irene and Elsie. Also remembered by family and many friends in England. Barbara enjoyed travelling and working at Minuteman Press for over 20 years. Volunteer knitting for the less fortunate was her passion. Special thanks to St. Joseph’s Villa, also to the Doctors and nurses at St. Joseph’s Hospital and the General. In keeping with Barbara’s wishes, there will be no visitation or funeral.  If you so wish, donations to a charity of your choice would be appreciated by the family.