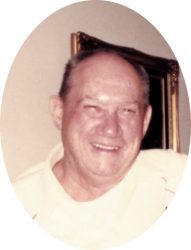 Plumtree, Gerald Walter “Gerry” – Passed away peacefully at St. Joseph’s Villa on March 1, 2019, at the age of 87. Beloved husband of Cornelia Plumtree (nee Wallick) of Dundas, ON. Brother to Janet Steward of Dundas, ON and Bob of Alberta. Predeceased by brother Jim. Gerry was an uncle to many nieces and nephews, he will be greatly missed by all that knew him. He was born June 18, 1931 in Matheson, ON and served in the army from 1948-1952 in Korea. Throughout the years, his career included a brakeman for the ONR Railway to carpentry. He married Cornelia in June 23, 1973. Recently, he resided at St. Joseph’s Villa, where he received excellent care. A memorial service will be held at the Dundas Kingdom Hall of Jehovah’s Witnesses, 370 Brock Road, Dundas, ON, on Saturday, March 9, 2019 at 2 p.m. Donations can be given to the Dundas Kingdom Hall of Jehovah’s Witnesses.