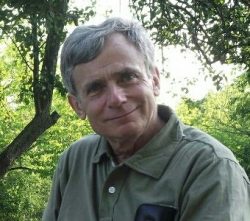 Porter, Bob (Robert) Roy, Born July 19, 1951, died peacefully with his son at his side on Tuesday, August 16th 2016 early in the morning at Juravinski Hospital. Survived by his father, Robert Howard Porter and predeceased by his mother, Gloria Irene Porter. Survived by his wife, Beth Anne Porter (nee Clarke),  his sons & daughter, Rob, Dave, Sharon, and Mark (Lenika),  his grandchildren Cassandra, Nolan, and Oliver,  by his brothers and sister John (Ellan), James (Debbie), and Janice, and many cousins, nieces and nephews. Bob worked hard to support his family as a steamfitter with UA Local  67.  He took an early retirement to be with his wife whom he loved very much; as well as his kids and grandkids.  A very good man who put his family before himself too many times, and who’s time came too soon through no fault of his own. The family wishes to give a heartfelt thanks to all the staff at Juravinski Hospital, ward C3 for their genuine support and care. A private Funeral Service and Burial has already taken place. Donations can be made in in Dad’s name to either of the following charities and would be greatly appreciated, Princess Margaret Mesothelioma Research Fund, or the Canadian Mesothelioma Foundation. Please sign Bob’s online Book of Condolence at www.turnerfamilyfuneralhome.ca.

“Dad…you have finally made your escape, and there is nothing on the agenda for today”.