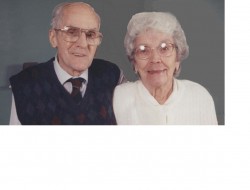 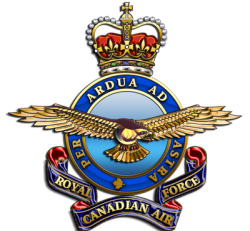 FREEMAN, Alfred James – Peacefully, at the Meadows in Ancaster on Sunday, September 1, 2013, Alfred James Freeman (Fred), in his 97th year, passed away with family by his side.  Fred served proudly in the Royal Canadian Air Force during World War II and continued with his passion for flying throughout his life.  He worked with dedication for the Hamilton Post Office for 38 years and retired as  Superintendent Operations.  He is now reunited with his loving wife of 65 years, Sarah, who passed away February 2, 2007.  Fred is survived by his brother, Russ Freeman of Halifax and his family, four children, Russell Freeman and wife Lynn of Kingston, Ross Freeman and wife Kelli of Delray Beach, Florida, Judy Freeman-Werstiuk and husband Nick Werstiuk of Ancaster, and Jan Freeman of Hamilton.  He is also survived by eight grandchildren, Christopher Freeman (Colleen), Paul Freeman (Miranda), Angela Freeman, Brittany, Kendall and Connor Werstiuk and Brendan and Kiara MacRury, along with two great-grandchildren, Ethan and Charlie Freeman.  We would like to thank the committed staff at the Meadows for their outstanding care of our father during his many years as a resident.  A private family service will be held at White Chapel Memorial Gardens in Hamilton.